To enter this site, you must be of legal drinking age in your country.
Yes No
11 March 2019
Coppersmith de Normandie

Normandy has a rich legacy of metal craftsmanship. The boom of copper work was directly linked to the boom of Calvados in the region. A century later, there is not much left of this once thriving copper industry.

Normandy has a rich legacy of metal craftsmanship. Villedieu-les-Poëles, in the heart of the Norman bocage, is one of its emblems. The town of Villedieu was founded in the XIIth century by Knights Hospitallers of Saint John of Jerusalem bringing back some metalworks know-how from the Levant. Belgian coppersmiths from the city of Dinant soon joined them, giving their name to the craft of Dinanderie. By the XVIIIth century, 1500 craftsmen worked in Villedieu as dinandiers, cookware makers, tin platers, repousseurs and bronze casters. Because of the deafening hammering noise, Villedieu’s inhabitants took the name of Sourdins. The 400 coppersmiths of Villedieu delivered more than a thousand stills to Norman and French distillers. Pomier was the most renowned still maker from Villedieu. 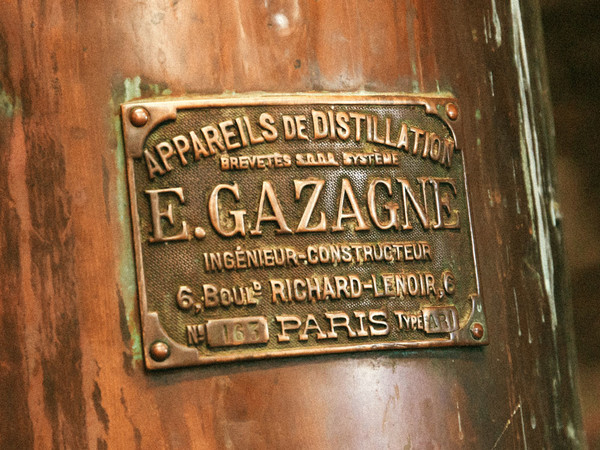 still and its bubble platesA plate with copper domes allowing the rising vapors to bubble in the liquid collected by the plate., turned out to be the most suited for travelling distillers as it doesn’t need to be level to work properly, and was widely adopted.

A century later, there is not much left of the once thriving Norman copper industry.
Because of the progressive decline of the bouillage de cru, Norman coppersmiths possessing the skills and the precious customs licensing to work on stills, retired without successors. If some copper workshops remain active in Villedieu, they no longer have the licensing to work on Calvados stills.

Mid-nineties, Mr Duroy, in Ambrières, retires. One of his former apprentices, Mr Forget, settles in Domfront, where he takes over his old master’s practice for about fifteen years. After vain attempts to find a successor, he retires in 2014. Mr Simon, a very respected coppersmith in Beuzeville, also retires in the early two thousands, leaving the Norman stills orphaned.

Facing the disappearance of a vital craftsmanship, Calvados producers didn’t sit on their hands. Even though they now rely on Cognac’s coppersmithsMainly Chalvignac and Chaudronnerie Cognaçaise. for structural work, they do most of the routine work by themselves. Some producers acquired Mr Forget’s stock, tools and templates, in order to do the day-to-day maintenance of their stills. The Préaux distillery bought the machinery used in the making of still gaskets. They now supply most Calvados producers.

Some producers got hold of suited tools. Nicolas Garnier 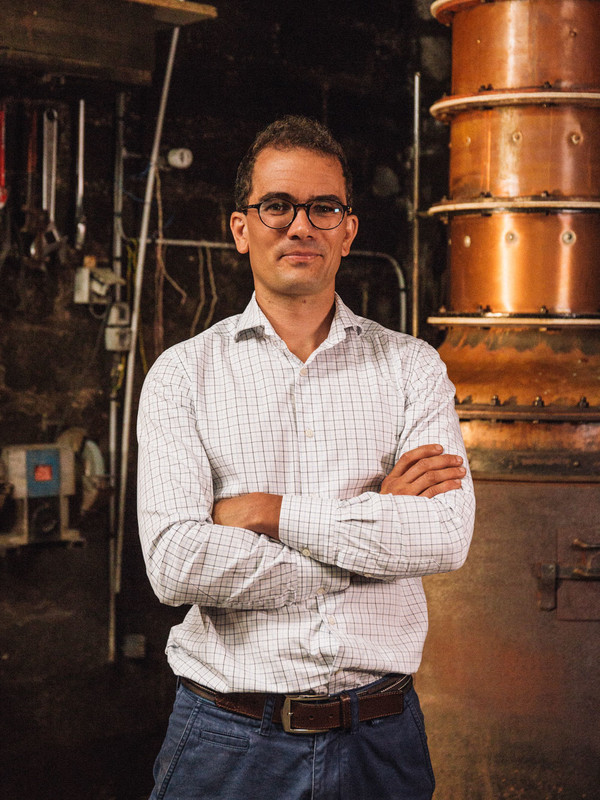 , a Calvados producer in Frênes, manufactures the wear parts for his 1923 Gazagne still 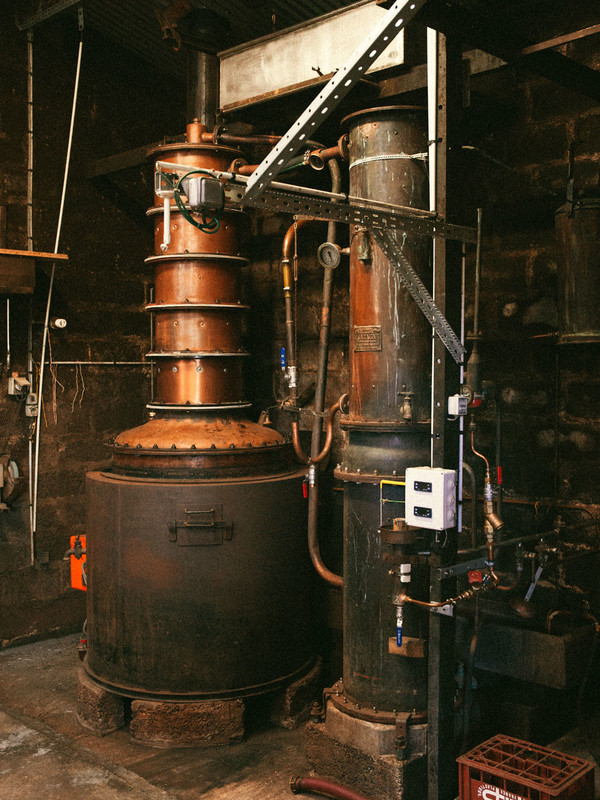 by himself . Following the original templates, he cuts with a compass 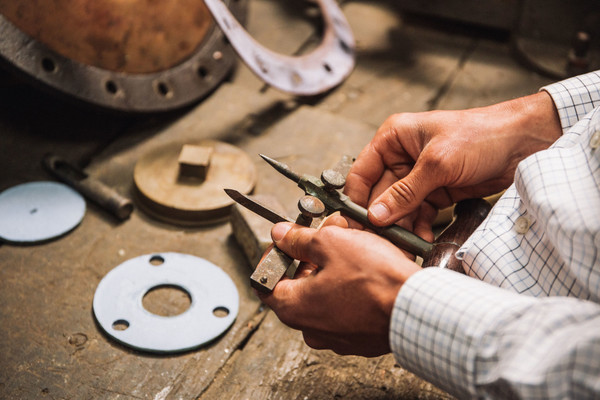 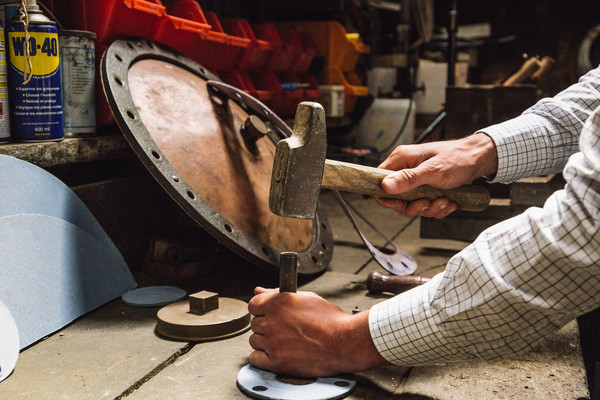 the cardboard gaskets ensuring the sealing of the columns.

Others took the lead a long time ago. Maxime Lamiot, from Calvados Toutain in Beuzeville, maintains his still mostly by himself, thanks to the legacy of savoir-faire transmitted by his family from a generation to another. Passionate about stills, he has been collecting and restoring them for years. 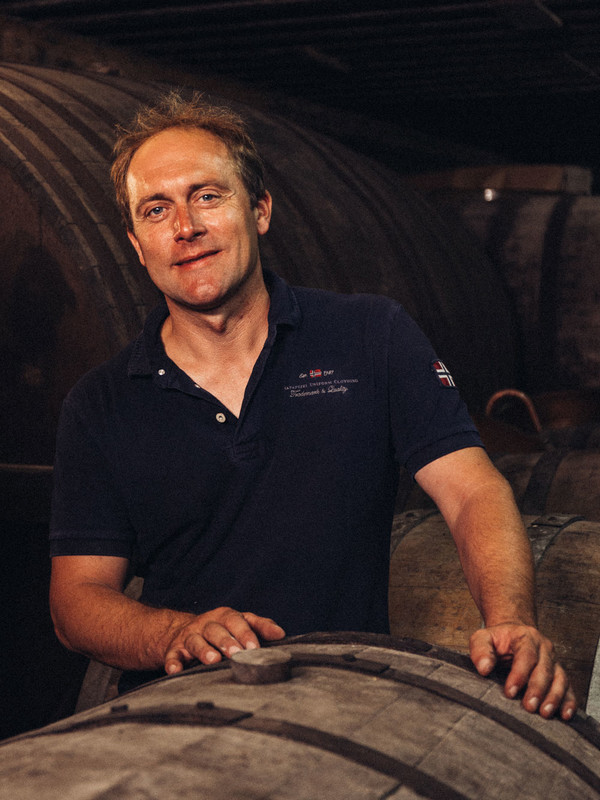 from Calvados Michel Huard, does not own a still, and relies on the expertise and stills of travelling distillers. Every winter, the travelling distiller comes to the estate, towing his Gazagne still on a trailer. Once the cider distillation is done and the eau-de-vie safely put in casks, the distiller sets off to another producer.

You are using an outdated browser.
Please upgrade your browser to improve your experience.